I REFUSE TO EXPLAIN THIS IMAGE

VERY FAINT, BUT THEY ARE THERE 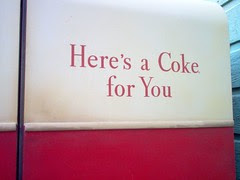 DURING RE-ACCLIMATION PROCESS, please note these simple sightings that I missed last week....

A) DARNIELLE talking about horror movies.
B) QUICKSTOP's take on the immortality of game show hosts and lego Match Game.
C) COULTON talking to Merlin. NOTE: NOT AS WIZARDLY AS YOU MIGHT INITIALLY THINK, but very productive.

I SHALL BE AWAY FROM THE INTERNET

THE SECRET DEATH OF LOBSTERS

APPARENTLY THERE ARE MORE THAN 45 WAYS to kill a lobster.

HERE ARE TWO MORE OF THEM, courtesy THE SECRET LIFE OF LOBSTERS via BOING BOING, including the device pictured, the Avure HPP.

THE LOBSTER is placed in the chamber, along with water, a substance that the lobster knows well and feels very comfortable in.

THEN THE PRESSURE BEGINS, and the lobster's old pal "water" suddenly becomes its greatest enemy, as the water pressure grows to three times that found at the greatest depths of the ocean.

TO PARAPHRASE C-3P0, THE LOBSTER SHOULD BE QUITE WELL PROTECTED, should it survive the process, that is.

ACTUALLY, NO: the lobster not only dies, but conveniently for all but the lobster, the process has the added benefit of instantly separating its delicious raw flesh from its disgusting, hateful shell.

THUS ALLOWING, for the first time, a raw lobster to be shucked while still disgustingly whole.

THIS IS THE METHOD WHOLE FOODS HAS CHOSEN to humanely kill the lobsters it will sell.

BUT NATURALLY THE NUTCRACKER INDUSTRY IS UP IN ARMS, as well as the Boiling Council.

BUT I AM INTERESTED, very interested indeed, in hearing Bourdain rant magnificently on the subject of SANDRA LEE and other sins of the Food Network.

COURTESY, as always, the excellent DETHRONER.

FROM THE COMMENTS, Adam asks...

"Is that actor Ryan Stiles as the security guard in the advert Security?" (sic)

BY "SECURITY," Adam refers to the very latest in television advertising of computers.

BY "ADVERT," Adam means "I am secretly British."

BUT THE WORRISOMELY TALL person in those ads is not Ryan Stiles, but the great, different person named SETH MORRIS, known for his directorship of the UCB Theater WEST.

IF YOU WISH MORE INFORMATION, PHIL CAN PROVIDE IT.

THE REST, as always, is a mystery to me.

AS MUCH AS I WANT PHIL TO BE HAPPY

I DO NOT HAVE ACCESS to any Playmobil where I am at the moment.

THIS POST is for Phil, who is concerned that I have not posted enough recently.

THIS IS SO FREAKING MAGICAL

I CANNOT BELIEVE that I missed it, both in reality, and then on the internet.